The biscuit market in India is estimated at Rs. 21000 crore and the  glucose segment alone accounts for 30% share.
Parle G has been a staple food for Indians since last 73 years. It was launched in 1939 by Parle Products. More than 100 crore packets are sold every month and almost 121 biscuits are consumed in a year by 1.2 billion Indians. The brand continues to be a companion to our cup of tea and was a favourite with milk in good old childhood days. For some it substitutes the milk also due to its nutritional value. Parle G is a brand built for masses and enjoys 70% market share in the glucose category. The brand registered the sale of Rs. 5010 crore in year 2012. Almost 400 mn Parle G packs are produced daily and over 6 million retail stores distribute the brand in nooks and corners of India.
The brand has a philosophy and mission to be a staple food for Indians. This affordability proposition has paid for Parle G despite the competition from Britannia Tiger. However, Parle did feel the pressure of eroding margins with increasing raw material cost.

The Journey
Until 1980, Parle G was known as Parle Gluco and communicated the proposition of being 'Oven Fresh". In the year 1980, Parle Gluco was rechristened as Parle G to distinguish itself from me-too glucose brands cluttering the market.

In 1982, Parle G came up with an advertising campaign, "Swaad Bhare Shakti Bhare". The advertisement featured grandfather and kids singing to chorus. The brand beautifully tried to weave the legacy and trust in its communication and tried to transfer the same to the new generation.
https://www.youtube.com/watch?v=4fsbQhxNXjo

The brand also changed its packaging to yellow and red wax paper with the identifiable Parle girl on it. This character was developed by Everest in 1960s. The big idea was also their advertising idea for more than 3 decades. However, the company focused on activation campaigns during 1998-2003. In 1998, they chose a tele-serial character "Shaktimaan" as their brand ambassador. In year 2002, Parle G launched "Mera Sapna Sach Hoga" campaign to engage the end consumer which ran for 6 months.

In 2001, the brand was rejuvenated with a new packaging. The wax paper was changed to BOPP and in 2004 the brand re-positioned itself with proposition of 'G mane Genius'. The brand idea of "G maane genius" found its execution in many forms and activations. "Do Genius- Ek Taakat" campaign saw Aamir Khan endorsing the brand.

The more recent 'Kal Ke Genius' campaign was launched in 2013. The brand idea was the same, but the advertising idea changed. Parle G used multiple activation ideas including twitter games, and fun facts (on Parle FB page). Building further on its 'Everyday Genius' platform, Parle-G embarked on a movement to free children from the bondage of structured education. With this pursuit, they have recently launched the campaign "Roko Mat- Toko Mat".

The film features kids in different scenarios using their presence of mind: like using a motorbike to fill air in balloons, using potatoes to light up a small bulb, or even using a hair blower to flow the cape of a kid playing a super hero. The instances are set to a catchy tune with the lyrics 'Roko Mat, Toko Mat', and ends with the voice over 'Bachpan se bada koi school nahi. Curiosity se bada koi teacher nahi. Aao banaye kal ke genius".

This campaign is extensively using the digital platform and is borne out of the consumer insight that- parents try to disciple children by continuously correcting their behaviour and stopping them from being adventurous and naughty.  The brand wants parents to realize that kids could develop their potential if they just let them be,let them nurture their curiosity, encourage their desire to try new things, experiment and learn from mistakes.

It takes a great consumer insight, a strong brand idea and energetic activation to keep the brand relevant over years. 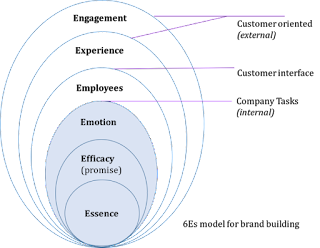